The NFL has reached out to AT&T Stadium to check on its availability as a backup 2022 Super Bowl venue; Arlington officials say the city is ready to host if needed.

ARLINGTON, Texas — Editor’s note: The video at the top of this story features comments from Tara Green, who served as the chief operating officer for the Super Bowl hosting committee when Arlington hosted the game in 2011.

WFAA has confirmed that the NFL is looking into the availability of stadiums outside of California, including Arlington’s AT&T Stadium, should it need a replacement venue for this year’s Super Bowl.

Super Bowl LVI is currently scheduled to take place on Sunday, February 13, at the brand new SoFi Stadium in Inglewood, California, just outside of Los Angeles.

A Dallas Cowboys front office source tells WFAA that the team and league have engaged in preliminary discussions about AT&T Stadium serving as an emergency site for the 2022 Super Bowl should possible COVID restrictions in California create problems with playing the game in Southern California.

The Cowboys source told us “the league did inquire about a date if [the] stadium is available. But that’s all I’ve ever heard. They could be just covering all options just in case.”

NFL spokesman Brian McCarthy tells WFAA that the NFL indeed has looked into backup venues for this year’s Super Bowl — as, he says, it does every year. 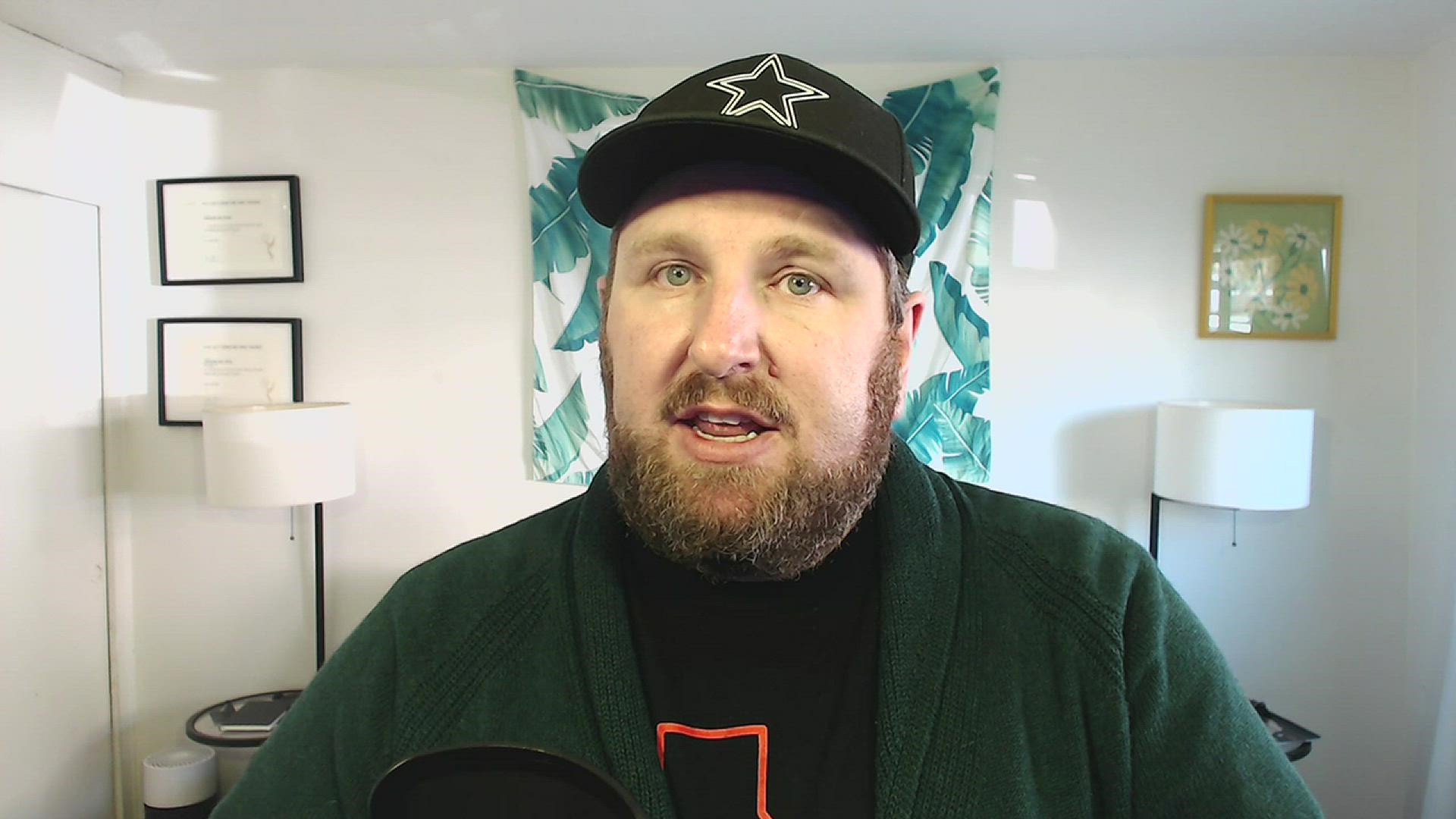 Listen to the latest episode of Locked On Cowboys here

“We plan on playing Super Bowl LVI as scheduled at SoFi Stadium in Los Angeles on Sunday, February 13,” McCarthy said. “As part of our standard contingency planning process that we conduct for all regular and postseason games, we have contacted several clubs to inquire about stadium availability in the event we cannot play the Super Bowl as scheduled due to weather-related issues or unforeseen circumstances. Our planning process for the Super Bowl in Los Angeles is ahead of schedule and we look forward to hosting the Super Bowl there to culminate another fantastic NFL season for our fans and clubs.”

Earlier in December, the Los Angeles County Department of Public Health issued a mandate requiring visitors age 5 and older to show proof of COVID vaccination or to provide a negative COVID test before entering any theme park, including busy attractions such as Universal Studios Hollywood and Six Flags Magic Mountain.

Just today, meanwhile, the Recording Academy and CBS, which had been set to host the 2022 Grammys at Crypto.com Arena in Los Angeles on January 31, 2022, announced that it was indefinitely postponing this year’s event after “careful consideration and analysis with city and state officials, health and safety experts, the artist community” and more. (The Super Bowl is set to take place only two weeks after that initially set Grammys date.)

Still, California’s current restrictions are not currently nearly as strict as they were a year ago. At this past Sunday’s Chargers-Broncos game, 70,240 fans packed into SoFi Stadium to watch the Chargers earn a 34-13 win. But in the face of recent Omicron-induced positive COVID case count spikes, there are concerns that greater restrictions may be elevated in coming weeks and, coincidentally, just in advance of the Super Bowl.

A source with the City of Arlington tells WFAA that city officials proactively and independently sent a message to the NFL in mid-December as COVID case counts began to spike as a result of the Omicron variant, stating that Arlington stands ready to step in and host the game if necessary. That same city source says the league thanked the city for its offer and promised to get back to them in time.

Only a handful of NFL stadiums make sense as possible last-minute Super Bowl host selections in that they a) do not upend the NFL’s future Super Bowl plans, b) do not double up on recent host cities, c) have the infrastructure to accommodate a last minute Super Bowl, and d) have a state government, such as Texas or Florida, with substantially more conservative COVID-related regulation stances than those of California.

Currently, Phoenix is slated to host the game in 2023, Las Vegas in 2024 and New Orleans in 2025. SoFi Stadium had initially been slated to host last year’s Super Bowl before construction issues forced a move to Tampa Bay and a delay to this year. Miami hosted the Super Bowl in 2020, Atlanta hosted it in 2019 and Houston hosted the big game in 2017.

As of now, there is no event scheduled for the Cowboy’s home field on Super Bowl Sunday.

AT&T Stadium last hosted the Super Bowl in 2011, when the Packers and Steelers met in Super Bowl XLV. In all, 103,219 fans attended that game — a figure just shy of an all-time Super Bowl record.

Los Angeles has not hosted a Super Bowl since 1993 when the Cowboys defeated the Bills 52-17 in Super Bowl XXVII. Since then, the NFL has not returned its biggest game to the country’s second-largest media market.

There is precedent for similar major sporting events being moved from California to North Texas at the last minute amidst the pandemic. The 2021 Rose Bowl was played at AT&T Stadium after it had to be moved from its traditional site in Pasadena, California, due to COVID restrictions. A total of 18,373 people attended that New Year’s Day game in Arlington between Alabama and Notre Dame. Had it been held at the Rose Bowl, no fans or family members would have been able to watch from the stands, given California mandates at the time.

Last year’s Super Bowl in Tampa Bay was played with 25,000 people in the stands.

Beyond Arlington city officials’ eagerness to welcome the event to its city, would it even be feasible to pull off an event like the Super Bowl in AT&T Stadium on such short notice? Tara Green, who served as the chief operating officer for the Super Bowl hosting committee when Arlington hosted the game in 2011, thinks it is, actually.

“The people and the resources and the entities that need to coordinate with one another already know how to do that because of the large depth and breadth of large event experience that has already taken place here,” Green said. “Would it be hard? Yes. Would it be possible? Yes.”

However, in a Monday press conference during which he announced that his state would be extending its mask mandate through February 15, top California health official Dr. Mark Ghaly downplayed the likelihood of a Super Bowl move. He said state health officials are working with the NFL to make sure they can host the event safely — and not lose it to Texas or anywhere else.

“I want to be clear,” Ghaly said. “The Super Bowl is coming to Los Angeles.”