Two No. 1 seeds lose in Sweet 16 as Gonzaga and Arizona are stunned – CNN

With defending champion and the other top seed Baylor already knocked out, the only No. 1 seed left is Kansas.

Arkansas’ progression to the Elite Eight of the men’s NCAA tournament is their second in a row, but just their third since 1995. 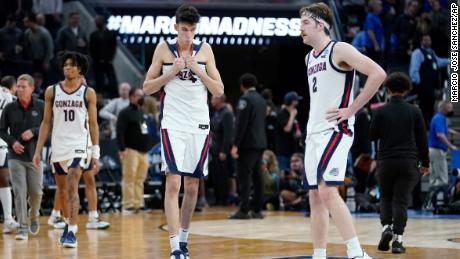 After shocking Gonzaga and advancing to the next round where they’ll face Duke, Razorbacks’ head coach Eric Musselman told CBS: “Thank you to everybody that said we had no chance.”

“We grinded in our prep. I give these guys a ton of credit. We took a four-hour flight after traveling from Buffalo to Fayetteville for 24 hours to here, and then we went straight to an hour and 45-minute practice,” Musselman said.

“Can’t compliment these guys and the entire team enough for the way that they buy in to game preparation. It’s probably the coolest thing I’ve ever been a part of that they just kind of do what we ask.”

For Houston, they led wire-to-wire against Arizona, scoring the first basket and never trailing against the Wildcats.

Jamal Shead led the way for the Cougars with 21 points, with Kyler Edwards hitting five three-pointers as he added 19 points. 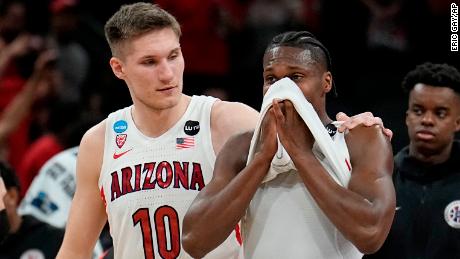 ”I knew we were going to make them uncomfortable, that’s what we do,” Houston head coach Kelvin Sampson
said. ”Our team, we’re a tough bunch … They’re not afraid of anybody.”

Dalen Terry led scoring for Arizona with 17 points. Houston will now face Villanova on Saturday in the Elite Eight.