Demaryius Thomas will be honored during Broncos-Lions game – Fox News

The Denver Broncos announced that they will honor former star wide receiver Demaryius Thomas during Sunday afternoon’s game against the Detroit Lions.

Head coach Vic Fangio said Friday that there will be a pregame moment of silence and a video tribute. Broncos players will also wear Thomas’ No. 88 on their helmets. 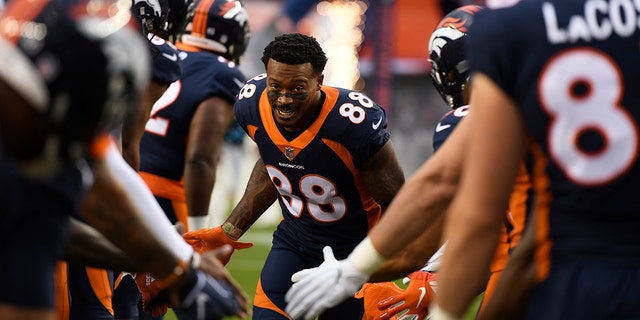 Demaryius Thomas (88) of the Denver Broncos is introduced before a game at Mile High in Denver, Colo., Oct. 1, 2018.
(Eric Lutzens/The Denver Post via Getty Images)

Thomas was found dead inside his Georgia home Thursday night.

“Preliminary information is that his death stems from a medical issue, and our investigators currently have no reason to believe otherwise,” said Officer Tim Lupo, public information officer for the police department in Roswell, Georgia.

Before turning pro, Thomas had a fantastic career at Georgia Tech. In his junior season, Thomas had 46 catches for 1,154 yards and eight touchdowns. Thomas was drafted by the Broncos with the No. 22 overall pick back in 2010. 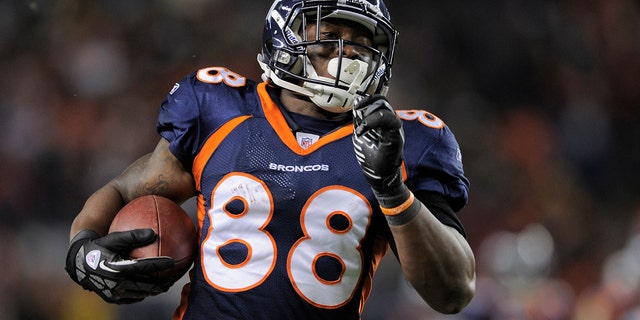 One of the highlights of his career came in the 2012 postseason when he and former Broncos quarterback Tim Tebow connected for a game-winning touchdown pass to upset the Pittsburgh Steelers in an AFC wild card playoff game. Denver was 8-8 that season and the Steelers were 12-4.

From 2012 to 2016, Thomas had more than 1,000 receiving yards each season. He quickly became the top target for Peyton Manning when the Hall of Famer joined the Broncos in 2012. The connection quickly elevated the Broncos to one of the best teams in the NFL, and it culminated in one Super Bowl title and another Super Bowl appearance. 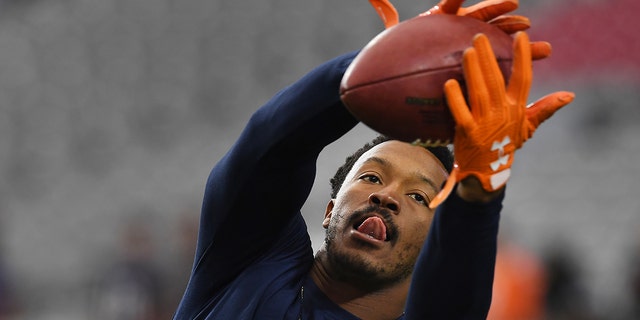 Demaryius Thomas of the Denver Broncos warming up before a game against the Arizona Cardinals at State Farm Stadium Oct. 18, 2018, in Glendale, Ariz.
(Joe Amon/The Denver Post via Getty Images)

Thomas also played for the Houston Texans and New York Jets. He had 724 catches for 9,763 yards and 63 touchdowns during his career.

Thomas announced his retirement from the NFL in June 2021.