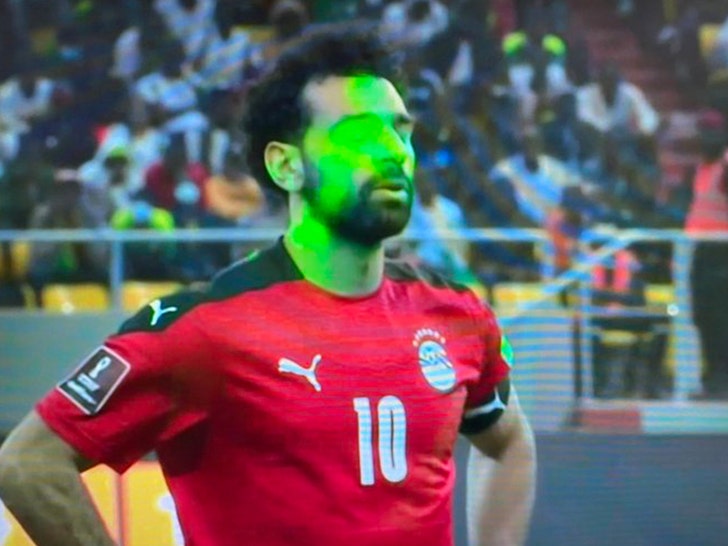 Egypt National Football Team fans are rightfully pissed their team failed to qualify for the 2022 World Cup in Qatar … after multiple fans shined lasers in the face of star player Mohamed Salah (and other Egyptian players) as they fought to make the World Cup.

The controversial finish went down Tuesday in Cairo … as Egypt — playing Senegal — was on the verge of qualifying for the world’s biggest sports tournament.

But, after regulation, the game was tied and went into penalty kicks.

Unfortunately for Salah and the other Egyptian players who took PKs, fans in the crowd were aiming green lasers into the eyes of the players while they attempted to kick.

Salah and 3 other players ultimately missed their penalty kicks … and Senegal ended up winning the match, 1-0 (3-1 PK).

In the clip you see Salah collecting himself as he gets ready to launch the kick. But, the distraction appeared to work, as the ball sailed over the crossbar, costing his team a chance at victory, and the World Cup.

I mean, just look at this. Salah sails his penalty over… and surely anybody would, given the lasers.

Mane scores, Senegal wins the shootout, Egypt out of the World Cup pic.twitter.com/tgHmCmW8uu

FYI, spectators cannot bring lasers to soccer matches, but they’re not impossible to get past stadium security.

FIFA, soccer’s international governing body commented on the matter … saying, “As stated in the FIFA Stadium Safety and Security Regulations, laser pointers are considered prohibited items by FIFA and confiscated when the spectators are checked at the outer stadium perimeter.”

“When incidents happen within the applicable scope of FIFA’s Disciplinary Code, disciplinary measures may be taken based on article 16, paragraph 2,” which says teams are liable for inappropriate behavior from their fans. 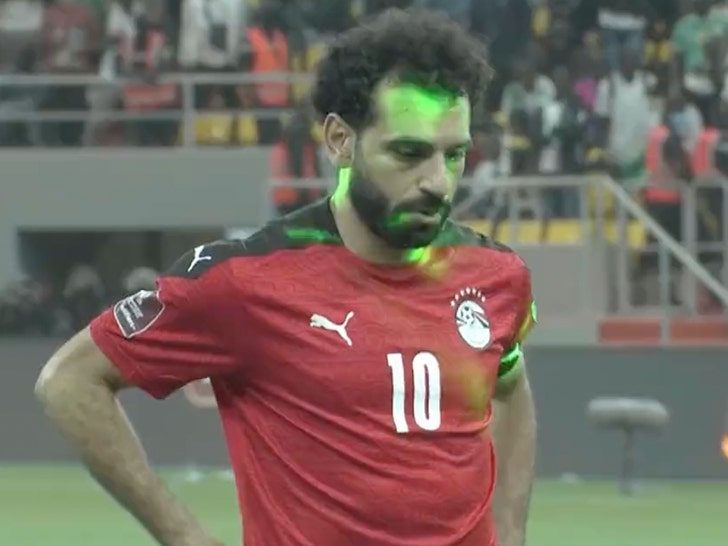 Supporters of Egypt were left devastated and understandably frustrated with the loss … and they clearly believe officials should’ve done more.

Fans sneaking lasers into soccer matches and using them to distract opposing players is not uncommon in international soccer.

Not to mention, lasers can be damaging to the eyes — so it’s not just against the rules, it’s dangerous.

Soccer federations usually receive fines if their fans use laser pointers during a competition.

Egypt, who qualified for the World Cup in 2018, is out after losing 1-0 to Senegal … and it’s unclear if FIFA will dole out any disciplinary action.

Either way, no amount of punishment will eliminate the disappointment Salah, his teammates, and their fans felt as the players left the field.